A new project from Inama: “I Palchi – Foscarino Grande Cuvée” 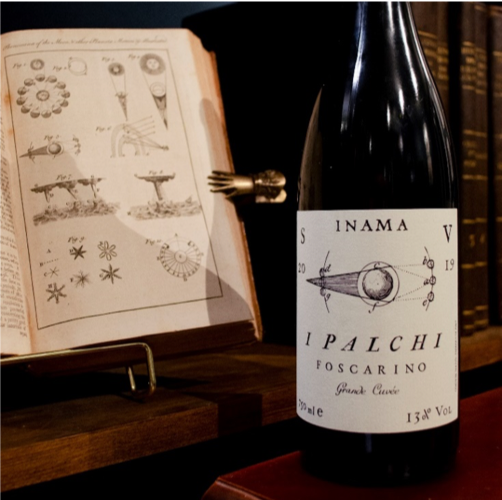 A new wine that redefines the characteristics of Soave Classico; a selection of the finest micro-parcels on the terraces of Monte Foscarino that marks the beginning of a new era: that is “I Palchi – Foscarino Grande Cuvée”, the new project from Inama that is finally being released.

I Palchi springs from the desire of brothers Matteo, Alessio and Luca Inama to keep on making improvements and so pursue goals that are ever more ambitious. The first vintage to be produced is the 2019, which will be launched onto the market on 2nd June: 6,000 bottles, of which only 1,500 will be destined for Italy. Also, it will not be available online, but only in selected restaurants and wine stores.

“I Palchi – Foscarino Grande Cuvée” represents to the full the Inama company’s approach to production, based on attentive and meticulous study of the extraordinary terroir of Soave Classico. “I Palchi”, the terraces of Monte Foscarino, are lined with old pergolas of Garganega: of these only the finest micro-parcels of vines have been selected and their wines blended to obtain a cuvée that encapsulates the best of this ancient volcano, with the greatest possible care for respecting the fruit and creating a harmonious taste profile.

Precise, intense, clean yet at the same time broad, I Palchi – Foscarino Grande Cuvée seeks to display the characteristics of this outstanding terroir with elegance and dynamism.

The label has just been revealed on the company’s social media and shows a scientific diagram of a lunar eclipse, a rather rare event but one that can be admired with the naked eye: it therefore represents curiosity, the spirit of research, the craving for knowledge. This sentiment, typical of the Enlightenment, leads man to question his limits and push himself beyond them: this is just what the Inama family wanted to do with this new interpretation of Soave Classico.

It can in fact happen that the moon is eclipsed from the sun, when both appear close to the horizon: the Earth, positioned in the middle between the sun and the moon, casts a conical shadow that obscures its satellite.

The illustration is taken from a periodical published in London in 1764, “The Universal Magazine of Knowledge and Pleasure” Vol. XXXIV, a monthly publication on art and science that sought to be both instructive and offer entertainment for “the gentry, merchants, farmers, and tradesmen alike”.